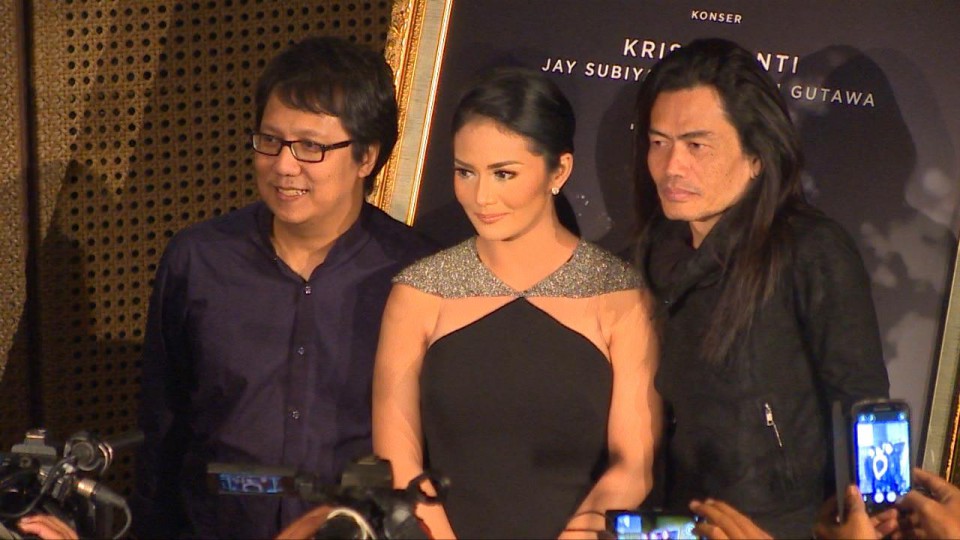 Kirsdayanti, Erwin Gutawa,, and Subiakto collaborate in a special music concret. They will give a special performance that give a ‘ soul’ to the art lovers in Indonesia, not only for music lovers, but this concert is a combination of imagination from those three Idoesian artists with highlights such a initiated all aspects that are diffrent from concerts that had been held previously.

Those great artists has received recognition from many parties, both in domestic and interational scope. Each stand-alone with musical force that has become one of the barometer progress art in Indonesia, and expand together tp constantly persent collaboration to combine elements; Those who can stroke five senses audieces.

‘TRAYA’ takenn from ancient Javanes language whiche means ‘three’. Concert was then named traya as the portrayal that his concert presented by three artists exraordinary, that have worked together for the third time, and concert their collaboration this third will be held on 3 May, located in the Plenary in Jakarta Convetion Center.